I also added a touch screen in-dash GPS / radio, remote start, automatic door locks, a CB, and some other fun toys.
It also had a 2400 watt amp with a rockford fosgate T-2.

Since, I enjoy going fast, within two years of obtaining it, I installed a supercharger on it, custom exhaust system, and blew up the factory 4L60-E on the return trip from the dyno. On the dyno, it pulled around 378rwhp from a bone-stock 4.8 with only a procharger P1SC, and slightly bigger injectors.

At the time- fresh out of the military, going through college, I still didn’t have the funds laying around to repair the transmission or to perform any additional work. However- I did drive the truck daily to and from college, in 2nd gear.

After two years, during a long road trip, in the middle of nowhere… I was running low on fuel and had to stop at a gas station, which resembled somebody’s broken-down shack. I only had the option of the questionable 87 octane. I only put 5 gallons in to make it to the next gas station, and was very easy on the throttle, never hitting boost.

Turns out….. That was a very bad idea.

As my ears have aged a bit, and I have matured a bit more, The big stereo was no longer as appealing to my senses… Neither was having a TV in my dash. However- speed and performance was still a fun topic…. So- I decided to take a radical approach to rebuilding the truck.

The transmission is a TCI-6x, which was built to handle 1,200hp. ttp://www.tciauto.com/tc/6x-six-speed-transmission-package-gm-bellhousing-outlawtm-shifterhtml

And, lets get it fired up! This is the first run of the new combination, which still had the old p1sc bolted up, running the same tune / injectors / everything from the old 4.8. 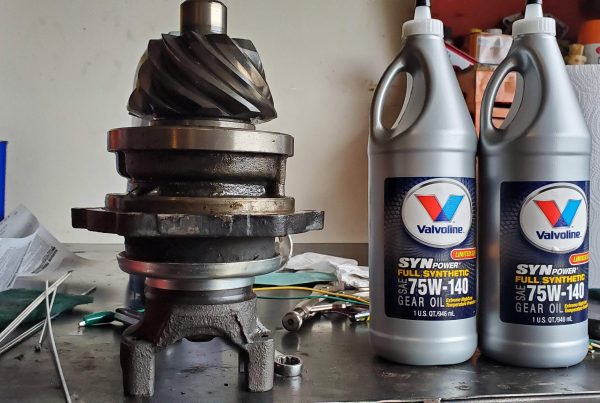 The final steps to get the new rear end installed.

So, my rear end is starting to make death noises because I failed to properly…

Finishing up on the dash and instrumentation.