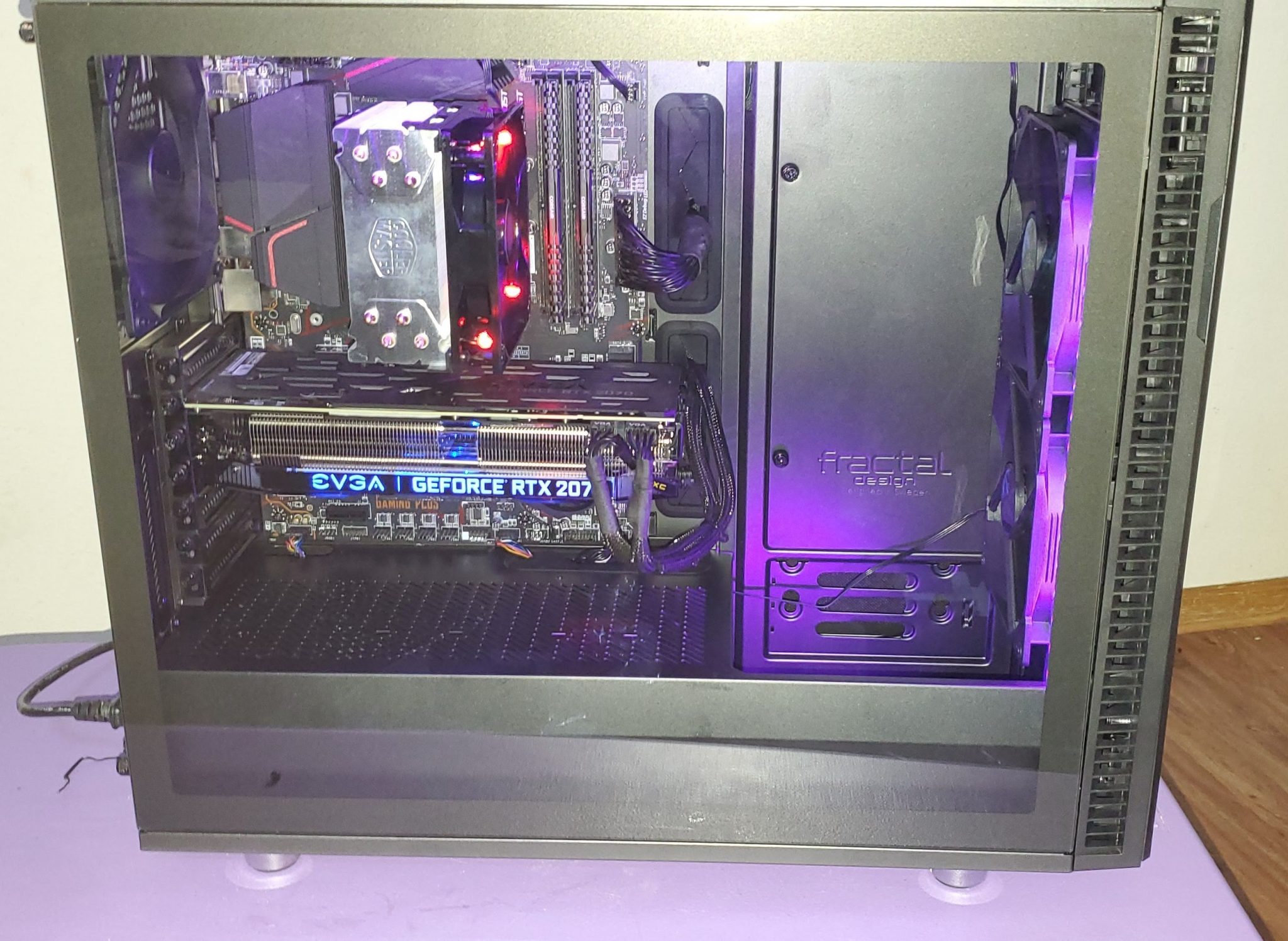 Money – The first round of parts arrive.

After 2 days, for prime shipping, the first batch of parts had arrived on Monday.

At this point- I have all of the required parts to build the Budget Gaming PC. However- I need to wait on my new case to arrive before I start building PCs…. Because, My old MOBO/CPU/RAM will be transitioned to the budget PC, while the new CPU/MOBO/RAM will be placed into the new case. I will need to wait until Friday, so that I am not handling the parts more then I need to.

So, due to a train derailment, the full build won’t be completed today… however, I did get the combination put together. Let’s get started..

First I pulled the old dusty combo out of the corner. Since I will be reusing most of its components in the budget build, I used a bit of duster to remove dust.

First step, was to start removing the old components.

You may notice I have a lot of large hard disks mounted, with 4 more in a front mount hot swap dock. I will not be using them for the new build. They were apart of my old legacy NAS. Nowadays, you can pretty much buy a single disk with more capacity then my entire 8x 2TB NAS had (8×2 = 12 TB usable after raid ZFS Z-2, ie, 2 parity drives)

Now that the components have been added to their temporary home… let’s get it turned on.

So, I went through a quick bios setup, and started to boot into windows.

After 4 or 5 reboots, it was finally time to get logged in!

… A few hours later, after getting all of the drivers installed and updated, and cloning my old SATA SSDs over to my new M.2 970 evos, its time to run some benchmarks!

At long last- the box containing the new case did successfully arrive. Despite the appearance of the box, there was no damage done to the case.

Here is a small gallery of the completed product. The RGB lighting is controlled by the motherboard. MSI Mystic Light

Lastly, here is a short video of the case and lighting.

As promised, here are a few simple benchmarks from my PC upgrade. I will be doing mostly real-world benchmarks, including Fry cry, Crystal Benchmark, Avg power consumption at the wall, and time to boot.

I believe these simple real-world benchmarks should show the difference in user experience that I will see, personally.

A last minute note- during the CPU / Memory stress tests, with the Hyper 212, temperatures never rose above 64c, even after 30 minutes of continuous 100% utilization. As well, with the entire rig sitting one foot away from my chair- It is very quiet, even under full load. Fractal Design did a great job on the case.

Results- Pretty decent improvements across the board, far more then I expected to achieve.

To note- I did notice my 3600mhz RAM was not running at 3,600mhz. I updated the settings in the BIOS and returned to run another benchmark. The difference was nearly as big as the difference between the old cpu and the new.

Here are the benchmarks for my old SSD. The Seagate hosts my OS, and the Crucial hosts my steam library. Nothing impressive to see….. Not for 2019 at least.

Overall- HUGE gains for sequential performance. On average, huge gains across the board. This should speed up quite a few programs and games.

Take the results of these benchmarks as you want. I did include them as a generic benchmark run.

Lastly- Benchmarks after Correcting an issue with user benchmark:

Summary- I do give user benchmark credit for telling me that my RAM was running at half of its recommended clock speed- and for reminding me to disable compression for my SSD.

The final benchmark after a mild OC.