This is a continuation of part 1 of me swapping out a 14bolt SF for a 14 bolt FF rear end.

So- we left off with the rear-end half way mounted, due to me not having the proper u-bolts to secure the rear end. As well- the rear end came with a 1410 pinion yoke, which would not be ideal for connecting to my 1350 driveshaft.

I stopped by Sam’s Offroad to have a new 1350 pinion yoke installed, and properly torqued down. While I was there, they were able to provide me with some new u-bolts as well.

Here is the pinion after Sam’s worked their magic to properly torque the new yoke on, and install a new seal. As well, I picked up some synthetic 75w-140 gear oil from autozone.

As well, here is a image showing the new u-bolts.

So- I did run into an issue where the wrong seal was mistakenly installed by Sams, causing fluid to leak out of the front-seal. After bringing the pinion back, they were able to locate the proper seal, install it, and re-torque everything down to spec. It was a very painless experience- I would recommend Sam’s for your offroad / 4×4 work.

Since- it has been raining for the last few days, and the temp is around 40F, with high winds- I did not want to spend long under the truck. But- I DID want to get the pinion placed back into the rear end to prevent moisture or water from getting in.

To re-install the pinion, You will need…. a socket / wrench to fasten the 6 bolts holding the pinion support in, and a small wrench to tighten the u-joints.

Here is an image of the rear-end without the pinion support installed.

After installing the pinion support, and properly torquing the bolts. Use a 3/8″ ratchet with an extension to remove the fill plug. Add fluid until it starts to seep out. Place the plug back in.

After that is completed, install the driveshaft. (Not pictured..)

Lastly- I took a video of the final test of the rear end. To test it for leaks and other issues, I let the truck run on jack stands for around 30 minutes. This allowed plenty of time for my battery to charge back up and for the rear-end lube to get nice and warm to ensure it does not leak.

After the video was cutoff- I went inside to let it run on jack stands for another minutes or so.

The only remaining items to get the truck back on the road:

Those steps are pretty simple, and will not be documented.

As well- you will notice- this rear end is indeed a peg-leg. Don’t worry- I will remediate that one day…. If I don’t buy an old station wagon first.

I went ahead and connected the rear brake lines, bled the brakes, and installed new shocks.

As I checked the fluids and prepared to go for a ride- I noticed my battery was dead, which is very odd- since, I let it run for 30 minutes to let the rear end get heated up, and to charge the battery. After some investigation- My alternator is not charging…. So- The next step will be to rebuild or replace the alternator… Stay tuned. 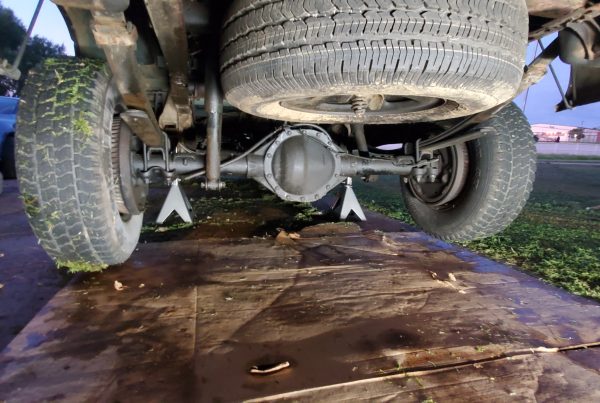 So, my rear end is starting to make death noises because I failed to properly…

Finishing up on the dash and instrumentation. 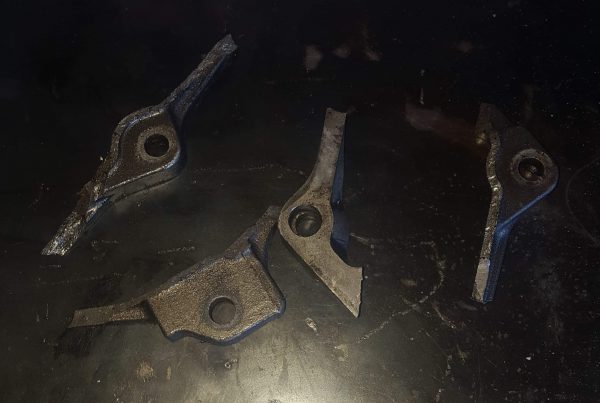